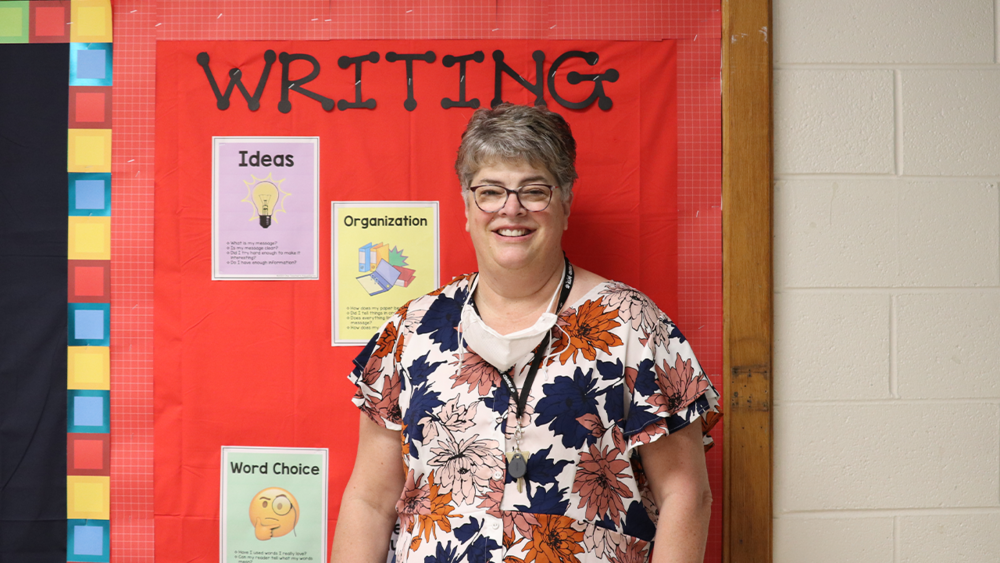 Mrs. Patton came from a family of teachers and always wanted to teach. She always had a love of art and considered being a graphic designer. Mrs. Patton has a bachelor's degree in graphic design. She went back to school and got her master's degree for Elementary Education.

Mrs. Patton is motivated by seeing the need and knowing what impact she could have on the students.

The most exciting part about Mrs. Patton's job is when the light bulb goes off for a child and they understand something that was a struggle before.

Mrs. Patton was attracted to Illini Central's small town feel which reminds her of where she is from. She grew up in a small town south of Champaign called Villa Grove.

She is married and has two adopted children from South Korea.

If Mrs. Patton could live anywhere it would be wherever makes her happy.

Her hobbies include watching the NFL, college basketball, volleyball, golf and creating gifts for others.

"You are the only one that can control what you do," is the piece of advice that Mrs. Patton would give to her students from the lessons she has learned in life.

Her idea of a perfect day is low 70's with sunshine and nothing to do.

If she could have met any historical figure it would have been Walt Disney because he never gave up on his dreams.