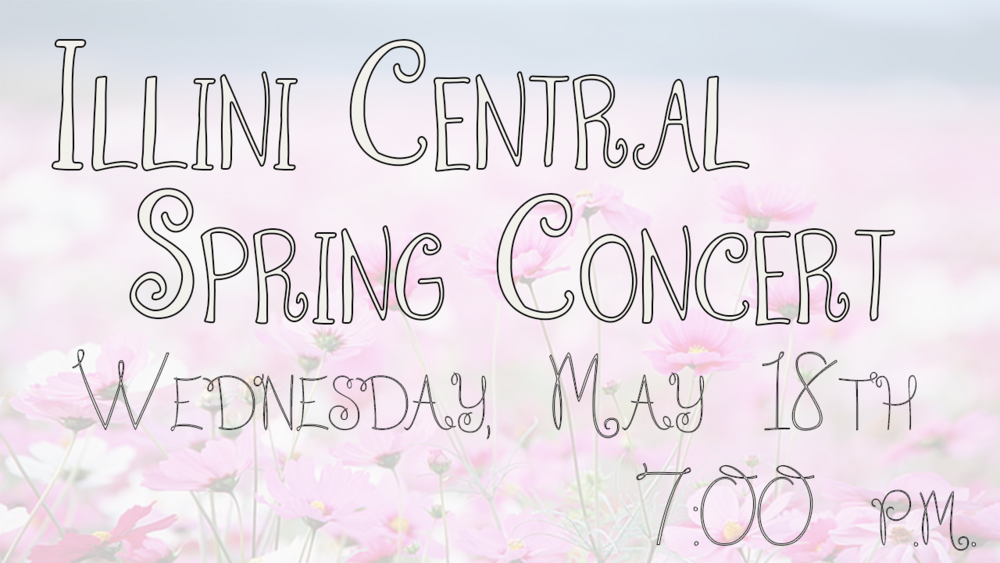 This event features the 5th/6th Grade Beginning Band, MS Choir, MS Band, HS Choir, and HS Band. MS and HS groups performing will be playing songs from artists, movies, and musicals like: Aladdin, the Beatles, Bill Withers, Dear Evan Hansen, Panic! at the Disco, and even the game Civilization IV!

The concert is free and open to the public, with doors opening at 6:30pm.

There will be a short intermission before the HS groups perform to allow people to visit our Fundraising Tables.

At the Spring Concert there will be Avanti's Gondolas for sale for $4, a Silent Auction Fundraiser, and an opportunity for Mr. Damann to get pied in the face - all to benefit Illini Central Music Boosters! There will be a bucket you can drop cash into, and if that bucket reaches for $400 by the end of intermission not only will a local business match the donation but Mr. Damann will get a pie thrown in his face at the end of the Spring Concert!